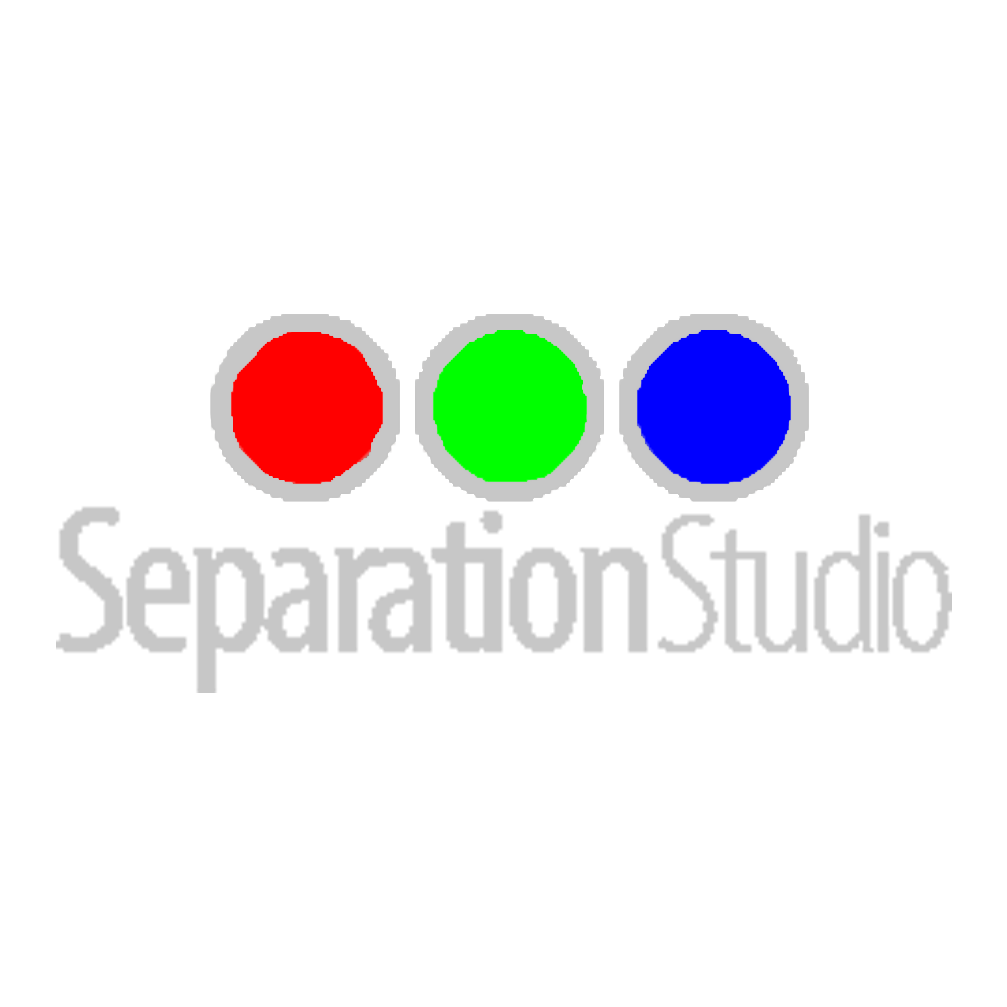 Spot Process™ software transformed sim process in 1995 into an easy and reliable on-screen and on-press system. We didn’t stop there. Spot Process Sep Studio 4 is the highly anticipated end to your struggles. No longer hassle with bad customer supplied files, bad raster and vector art, or downloaded images.

Spot Process™ software transformed sim process in 1995 into an easy and reliable on-screen and on-press system. We didn’t stop there. Spot Process Sep Studio 4 is the highly anticipated end to your struggles. No longer hassle with bad customer supplied files, bad raster and vector art, or downloaded images.

AccuRIP and Separation Studio 4 are very different software engineered for specific tasks. Let’s break down what an artist needs to accomplish and what mainstream software are typically used in the industry.

The vast majority of screen print artists create and manage art using Adobe and/or Corel. That’s great news because both Freehand’s software are engineered to fit perfectly into the world of Adobe and Corel and other mainstream graphics programs.

Adobe has an illustration program (vector) and an image editing program (raster). Corel has an illustration program (vector) and an image editing program (raster). Users that want to print film from these art files with ease and control over solids and halftones, plus control over how the ink is laid down on film media will print directly from the Print Window of Adobe or Corel using the AccuRIP Software driver to an Epson or Canon supported printer (hardware). Printer hardware is not a PostScript device – meaning it doesn’t understand the graphic language. AccuRIP is a PostScript translator and it does understand the language. Therefore, ALL screen printers need AccuRIP to achieve accurate films specific to the needs of the screen printer. The easiest part of pre-press is printing through AccuRIP. The more time involved aspect of pre-press is learning Adobe and Corel well enough to be productive. So, AccuRIP is NOT a color separation software, but a critical part of the process of getting an art file to film. Each color of an art file built properly will print to a separate film. Solids print as solids and tonal aspects (tints, gradients, blends) print as halftones to the specifications setup by the user in AccuRIP.

The AccuRIP printer driver will manage a simple one color solid image as well a a highly complex multi-color image of spot and tonal (halftone) elements. The greatest misunderstanding of users is that a RIP is only for tonal/halftone images. That’s absolutely incorrect. AccuRIP is about anything and everything PostScript. Every graphic design program is a PostScript program!

While Separation Studio 4 has a built-in RIP (similar to the function of AccuRIP) this print engine handles printing the color separations produced in Separation Studio’s color separation engines. It does not step in as a substitute for printing Adobe and Corel finished files. Yet, Sep Studio 4 does perform some amazing tasks and automations to help users bypass the struggles of managing Adobe and Corel files that aren’t built properly, or aren’t setup for the unique needs of screen printers.

So within this studio software there are two unique separation engines. Engine one color separates tonal images into its rgb color components as well as developing an underbase, overprint white highlight, and black. Most users know this as Sim Process color separating and know that it is difficult at best to manage outside of Sep Studio 4. Without Sep Studio it would take an untold amount of hours to get to the finish line. Sep Studio 4 color separates using a mathematical algorithm and in seconds the image is separated as it is being opened in the sim process engine. The user is provided easy to use tools to transform the separation into a ready for film file that will deliver the finest halftone separations on-screen and on-press. Sim Process separations are not only those highly colored and intricate designs you see at trade shows. They can be just a few colors and rather simple in its look.

Engine number two in Sep Studio 4 manages vector and raster files delivering spot colors. One of the greatest values of this part of the software is how it auto converts improperly built with a mix of spot and process colors. Taking in files from the outside and downloading from stock sites often leaves artists with files that can take hours to repair. And, the repair work can be confusing and frustrating. This engine also loves a well built file and in seconds the user adds an underbase, reduces the number of press colors, merges data and much more. It is this engine that attracts many users to Sep Studio 4 because of the automated underbase feature and the ability to choke and spread.

As noted, files from both color separation engines in Sep Studio 4 do not need to be saved off and brought to another program for output. The Print Commander is the built-in RIP that provides all the controls for printing the separations to film.